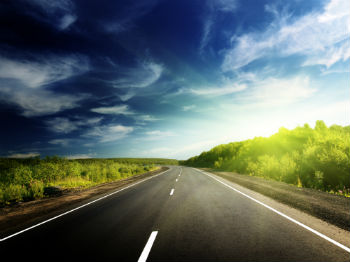 Additionally, mere continuous use of the roads were not of been sufficient to establish hostile use. “The fact that a user claims a right to use the property adversely to the rights of the owner of the servient tenement must be communicated to the property owner, or the use of a claimed easement must be so obviously exercised as to constitute an implied notice of the adverse claim”; the owner “must have noticed that unless some action is taken to prevent the use it may ripen into a prescriptive easement” [See 6 Miller & Starr, Cal. Real Estate (4th ed 2019) Easements §15:35.]

Citing from Shoen, “although the equitable easement doctrine is sometimes called the ‘doctrine of balancing of conveniences’ or the ‘doctrine of relative hardships’, these labels are somewhat misleading. these labels suggest that an equitable easement may issue if the conveniences or hardships nearly favor the trespasser, when the doctrine actually requires they tip disproportionately in favor of the trespasser . These labels also suggest that the conveniences or hardships between the trespasser and property owners start out and equipoise, when the doctrine actually requires that they begin tipped in favor of the property owner due to the owners substantial interest in exclusive use of her property arising solely from her ownership of the land.” [emphasis added]

The appellate court found that the trial court had erred abusing its discretion by failing to apply the principles necessary to the award of an equitable easement. Chiefly, the opinion notes that the first factor, showing the trespass is innocent rather than willful, is the most important. The record clearly indicated that plaintiff was well aware of the property conditions that she claimed forced her to use an alternate route to her ranch.

Part of what was really going on in this case is that Ms. Hart’s ranch was not genuinely landlocked. She did indeed have a route for ingress and egress to her property. However due to an allegedly unsafe portion of that road, she elected to use private roads that she did not have easements for.

TAKEAWAY: Though earlier cases in California seem to have spent more time on the balancing of the hardships between the landowner and the trespasser, this opinion reiterates that the court does not have unfettered license to grant easements on the basis of whatever the court deems important but that the three elements from the Shoen case must be met to satisfy an equitable easement.

[1] One major problem in Ms .Hart’s case is that they apparently stipulated that Ms. Hart was the alter ego of the two other corporate entities that owned some of the properties in question.