What Must A California Landlord Disclose to Tenants? 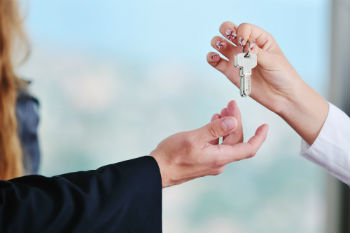 In a purchase and sale context, California law requires the seller of residential real estate to disclose material facts affecting the value or desirability of the property, “if it is known that such facts are not known to or within the reach of the diligent attention and observation of a buyer.” Calemine v. Samuelson, 171 Cal. App. 4th 153, 161-62 (2009). A fact is material if it has an effect on the value or desirability of the property. Alfaro v. Cmty. Hous. Improvement Sys. & Planning Ass'n, Inc., 171 Cal. App. 4th 1356, 1382 (2009).

However, as a residential landlord, the disclosure requirements to tenants are less broad and largely controlled by state law with mandated disclosures such as the Mold Addendum and the Bedbug Addendum.

There is very little law on point for landlord’s duties to disclose in a residential leasing context. This is likely due to the fact that the California Civil Code provides numerous protections for the residential tenant, such as their right to repair and deduct.

Most of the residential landlord’s duties relate to maintaining the condition of the premises and notifying the parties of the change in condition, such as California’s Bedbug Ordinance which went into effect January 1, 2017, which mandates disclosure to all tenants of the building of a present infestation in the common area. San Francisco’s bedbug ordinance takes it further, requiring Landlords to provide two years of abatement history to prospective residential tenants.

For commercial, retail, or industrial tenants, the protections are few and while the landlord has the inherent duty of good faith and fair dealing, the duty of disclosure requires them the landlord to steer clear of fraud but does not seem to require a particularly robust disclosure. Commercial tenants are presumed to be more sophisticated and are expected to do more due diligence, such as working with third party professionals to investigate whether the property is suitable for the tenant.

Two recent cases provide some insight into a commercial landlord’s duty to disclose:

In the recent case of Orozco v. WPV San Jose, LLC, a prospective restaurant tenant had multiple meetings with the shopping center landlord’s representative. The tenant intended to open a burger joint and inquired multiple times orally and in writing about whether competing tenants were also coming to the shopping center. Despite multiple assurances this would not be an issue, the landlord’s agent signed competing tenant “Al’s Beef” and did not disclose this fact to the prospective tenant.

The jury found tenant reasonably relied on landlord’s false representation and awarded $872K for fraud and concealment. On appeal, the individual guarantor of the lease rescinded the lease and was awarded attorneys’ fees as the prevailing party under the guaranty. (Orozco v. WPV San Jose, LLC (2019) 36 Cal. App. 5th 375.

Recently, the California Court of Appeal considered the duty to disclose material facts in a landlord-tenant relationship. The property involved was a multi-tenant retail building. In the unpublished opinion, the commercial landlord knew about a planned taking by Caltrans of a piece of the property. DNI Food Serv. v. Kim, No. B266596, 2017 Cal. App. Unpub. LEXIS 199, at *6 (Jan. 10, 2017). However, instead of disclosing this to the tenants, the landlord touted the property’s excellent location and convenient proximity to the freeway. Id. Tenants entered into the lease agreement and immediately began a complete remodel of the premises. Id. Approximately a year after the agreement, Tenants were served with the eminent domain complaint. Id. at *7.

In the litigation, Tenants argued that they would not have entered into the agreement had they known about the eminent domain. DNI Food Serv., 2017 Cal. App. Unpub. LEXIS 199, at *9. They further argued that Landlord had a duty to disclose material facts affecting the desirability of the premises. Id. However, the Appellate Court disagreed. Instead of addressing whether the Landlord had a duty to disclose, the Court found that the size of the Caltrans taking was “minimal and unlikely to have a negative impact” on Tenant’s business. Id. at *13. Therefore, the case turned on whether the fact was material and not on a duty to disclose.

At present, courts have refused to impose a duty to disclose to landlord-tenant relationships. However, this unwillingness comes from scenarios where the fact at issue was not material. It remains to be seen how the courts will hold when a fact is material. For that reason, the prudent course of action is to make reasonable disclosures of the conditions of the property or costly litigation could be in the landlord’s future.

On behalf of Diemer & Wei, LLP