What Is The Broker’s Duty To Disclose Information Learned Regarding a Neighboring Property? 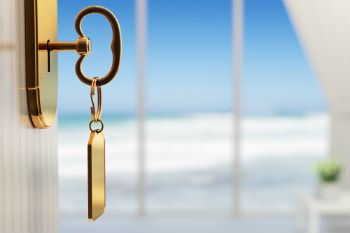 California’s Fourth Appellate District came down with an unsurprising opinion that because a real estate broker has a duty to their principal to share information he or she possesses that will adversely affect the value of her property, an expert opinion is not required to establish breach of that duty.

The Ryans listed their La Jolla California property with Sotheby’s. During one of the open houses, the listing agent learned from the neighbor that a major remodel was planned on the neighboring property that would obstruct the Ryan’s ocean view. The Ryan’s agent failed to inform the Ryans and subsequently when the Ryan’s sold the property the listing agent failed to inform the buyers. When the buyers learned that the $3.86 million home that they had just purchased was about to lose its ocean view and be subject to two years of construction next door, they unsurprisingly sought rescission of the purchase.

Partially due to the advice of the listing broker that had already failed to disclose the material information, the Ryans did not rescind the transaction and lost to the buyers in arbitration. The arbitrator further ordered the sellers to pay damages, prejudgment interest, costs and attorney’s fees in excess of $1 million.

After that arbitration result the homeowners filed a lawsuit against their listing agent alleging negligence, breach of fiduciary duty, breach of the implied covenant of good faith and fair dealing, equitable indemnity and apportionment, among other claims. The defendant brokers moved for summary judgment claiming that the homeowners could not prove an essential element of all causes of action because they had failed to designate an expert witness. The trial court sustained the motion for summary judgment, the Ryans appealed.

On appeal, the court reiterated a well settled aspect of California law that the real estate broker’s duty to inspect and disclose material facts is not solely limited to Civil Code section 2079.

The appellate court appeared to give no weigh to the hairsplitting defense that the brokers were not required to provide information regarding the neighboring property.

Rather sternly, the opinion stated that the property owner’s claims were not contingent on an expansion of the statutorily defined duties of a real estate broker. “Instead their claim is more elementary. If a real estate broker has information that will adversely affect the value of a property he or she is selling, does that broker have a duty to share the information with his or her client? The clear and uncontroversial answer to that question is yes.”

TAKEAWAY è a broker’s duty of care to its principal could well include information learned regarding a neighboring property it is material to the transacting parties to the subject property and failure to disclose such information is within the purview of a layperson to testify on.

Tweet
Tags:
Real Estate Law Real Estate Broker Fiduciary Duty Failure to Disclose
What happens if the easement does not describe the...
Does a Foreclosing Trustee Have a Duty to Verify T...