What happens if the easement does not describe the type of access granted? 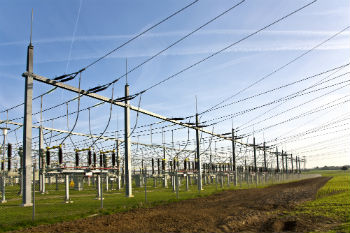 In the recent case of Southern California Edison Company v. Severns, the written easement described a 4 foot wide easement for the placement of five electrical power poles. The instrument went on further to provide that the grantee should have “free access” to maintain the electrical equipment. This created dispute between the grantor and the utility company because of the unspecified routes the utility company would take on the grantor’s property to access the easement. The court determined that the easement was in fact a “floating easement”.

The utility company claimed that it was entitled to access the power poles and supporting electrical facilities by any “feasible” route over the property. The route used by the grantee was not described in the written easements. The court noted that some expressly granted easements, commonly known as floating easements, are not specifically defined as to location by the creating conveyance. Such easements are nonetheless fully valid and enforceable by their holders. The opinion went on to note that a floating easement entitles the holder to choose a “reasonable” location and to use such portion of the servient tenement as may be reasonably necessary for the purposes for which the easement was created.

Essentially the conduct of the parties over time fixes the location and nature and extent of the use. As to SCEC, it had been utilitizing particular routes since the easements were granted in 1930, with only one modification at the behest of the grantor in 2008.

One of the interesting issues that arose in this case is that SCEC had been using a route that the grantor objected to so the grantor filed a cross-complaint alleging trespass and continuing nuisance. The court noted that the access road created by SCEC was in fact a permanent nuisance, which triggered a three year statute of limitations in which Severns had failed to bring his claim (he waited five years).

Tweet
Judgment Creditor Successfully Amends Judgment to ...
What Is The Broker’s Duty To Disclose Information ...