What Can Employers Learn from Uber’s Challenge of California’s New Employment Law AB-5? 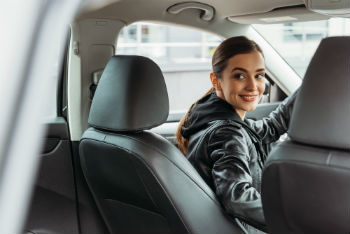 On December 30, 2019, Uber and Postmates filed a lawsuit to stop enforcement of AB-5, California’s new legislation that makes it more difficult to classify workers as independent contractors.

Obviously Uber and Postmates’ entire business model relies on having “gig” workers who drive for them. Other industries, such as trucking, have also filed suit to enjoin the enforcement of AB5.

Prior to California enacting AB5 to expand the definition of employee, California businesses needed to meet the ABC test laid out in the Dynamex case in order to classify an worker as an independent contractor. Those factors were:

The ABC test was already a difficult one for some companies to meet, especially the requirement of being established in trade related to the same type of work. AB5 goes much further, adding a new provision to California Labor Code: Section 2750.3 to codify the ABC test as well as expanding beyond wage orders to cover reimbursement of business expenses and potential recovery under PAGA (Private Attorney General Act) penalties:

2750.3. (a) (1) For purposes of the provisions of this code and the Unemployment Insurance Code, and for the wage orders of the Industrial Welfare Commission, a person providing labor or services for remuneration shall be considered an employee rather than an independent contractor unless the hiring entity demonstrates that all of the following conditions are satisfied:

(B) The person performs work that is outside the usual course of the hiring entity’s business.

(C) The person is customarily engaged in an independently established trade, occupation, or business of the same nature as that involved in the work performed.

(2) Notwithstanding paragraph (1), any exceptions to the terms “employee,” “employer,” “employ,” or “independent contractor,” and any extensions of employer status or liability, that are expressly made by a provision of this code, the Unemployment Insurance Code, or in an applicable order of the Industrial Welfare Commission, including, but not limited to, the definition of “employee” in subdivision 2(E) of Wage Order No. 2, shall remain in effect for the purposes set forth therein.

Additionally Section 2750.3 lists the exemptions, carving out exemptions to classes of work such as doctors, lawyers, architects, and financial services workers. Uber, recognizing that lobbying alone failed to broaden the exemption list, needed to mount an offensive as to why AB5 should be declared unconstitutional.

Are the Exemptions in California’s New Employment Classification Law Arbitrary and Irrational?

There are two main arguments Uber’s lawsuit: 1) Uber claims that that the exemptions listed in the new law make it arbitrary and irrational; and 2) Uber claims that statements of legislators who backed the bill reveal an animus directed toward “network companies.”

The first argument that Uber makes in its Complaint regarding the rationality of AB-5 focuses on the laundry list of exemptions that fill the new legislation. For example, Professional Service Providers are exempted from the new standard for determining whether an individual is an employee or an independent contractor. AB-5 includes as professional service workers those who provide: marketing services, human resources services, travel agent services, graphic design services, grant writing services, fine artist services, services of agents licensed by the U.S. Treasury to practice before the IRS, payment processing agent services, photography or photojournalist services, services provided by a freelance writer, editor, or newspaper cartoonist, and services provided by licensed esthetician, electrologist, manicurist, barber or cosmetologist. Uber focuses on other exemptions that it claims are “wholly arbitrary.” For example, Uber claims that a delivery truck driver is exempt when delivering milk, but not when delivering juice, fruit, baked goods or meat products. A commercial fisherman is exempt when working on an American vessel, but not a foreign vessel. A freelance editor or writer is exempt if she publishes 35 submissions per year per “putative employer,” but not if she publishes 36. Uber claims that these distinctions mean that AB-5 violates the Equal Protection Clause of the Fourteenth Amendment of the United states Constitution because it draws classifications without a “rational basis” (i.e. that its classifications and exemptions are not rationally related to a legitimate government interest).

The second main argument that Uber makes is directed toward the proponents of the AB-5. Uber points continually throughout its complaint to the statements of the legislative sponsor of the bill, Assemblywoman Gonzalez. For example, regarding the number of submissions that editors can make per years, Uber noted that Assemblywoman Gonzalez said: “Was it a little arbitrary? Yeah?” Uber also points to the animus of bill sponsors that was aimed directly at “network companies.” Uber listed number examples in its complaint such as a Tweet by Assemblywoman Gonzalez accusing Uber and Postmates of “wage theft” and a statement she made that California has “allowed a great many companies—including ‘gig’ companies such as Uber . . . to rely on a contract workforce, which enables them to skirt labor laws, exploit working people and leave taxpayers holding the bag.” This is not the first time in recent years that statements of public officials (particularly via Twitter) have come up in court when legal challenges are made to new laws. Early in the Trump administration, Courts across the country blocked implementation of the president’s travel ban, citing, among other things, anti-Muslim remarks by Trump and others around him.

It remains to be seen whether Uber and Postmates’ challenge to AB-5 will gain traction regarding Constitutionality. Regardless of whether or not a federal judge blocks enforcement of the new law, the political debate will continue about whether increased regulation of “network companies” will strangle the flexibility and economic growth of the gig economy and whether such labor regulations are necessary to protect the economic livelihood of gig workers. The contentious debates around these issues mean that it is almost certain the law in this area will continue to change, which means that employers will have keep up with those changing laws.

ðIs it time for your California based business to have an evaluation of whether it satisfies the ABC test? Call the San Jose Employment Lawyers of Diemer & Wei at 408.971.6270 today.

Tweet
One Toke Over the Line
Self-Insured Employer Cannot Direct Which Excess I...