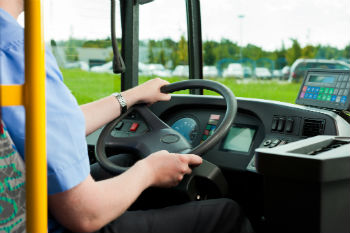 Employees in California are protected by the Workers’ Compensation Act (WCA) which governs “compensation given to California employees for injuries incurred in the course and scope of their employment.” Charles J. Vacanti, M.D., Inc. v. State Comp. Ins. Fund (2001) 24 Cal.4th 800, 810. All employers except the state must secure the payments of compensation by either carrying workers’ compensation insurance or self-insuring. In a recent case, the San Mountain Empire School District was self-insured, but had also contracted for excess policy insurance. In the case of the Mountain Empire School District, its excess insurer ran out of money.

California law also provides for protection to both “insured and the public” through a system called the California Insurance Guarantee Association (CIGA). Fireman’s Fund Ins. Co. v. Workers Comp. Appeals Bd. (2010) 189 Cal.App.4th 101, 111-112. CIGA pays only: 1) covered claims and 2) claims for which neither a solvent insurer or self-insured employer is jointly and severally liable.

In CIGA v. JPA, a bus driver for the Mountain Empire Unified School district sought workers compensation for injury to her elbow and neck. The bus driver described the pain as coming from driving the bus and medical reports consistently stated the pain as coming from “repetitive overuse.” The school district initially argued that the injury was a result of “cumulative trauma” ending on the date the claim was submitted. Despite the medical reports and the initial objection, the school district entered into a Stipulation and Request for Award with the bus driver at the WCAB, stating that the injury was a “specific” injury rather than a cumulative injury. A specific injury is caused by a single incident or exposure, while a cumulative injury is one caused by repetitive mentally or physically traumatic activities extending over a period of time.

The school district’s excess insurer provided payments to the bus driver for several years until it became insolvent, at the point JPA sought reimbursement from CIGA. CIGA refused because its lawyers thought the injury could be considered a cumulative injury and there was another insurer that would be able to pay. CIGA sought declaratory judgment in state court. The state court ruled that it was divested of jurisdiction by the WCA which gives exclusive jurisdiction of issues related to workers compensation to the WCAB.

In a recent decision, the California Court of Appeal reversed, ruling that the WCA only divests state courts of jurisdiction regarding disputes regarding the employee themselves. In this case, the dispute was not with the employee, the dispute was between the excess insurer, the JPA, and CIGA. There was no dispute that the employee was entitled to payment, only what entity had to indemnify the employer for that payment. Therefore, the trial court had jurisdiction to consider CIGA’s declaratory relief action and summary judgment motion. Although not considered by the trial court, the Court of Appeal also noted that CIGA was not bound by the stipulation and request for award signed by the bus driver and the District.

The Court further noted in its response to JPA’s policy arguments: “[JPA] argue their WCAB stipulation might prevent recovery from other excess insurers. Accepting this premise for the sake of argument, defendants brought this predicament on themselves.”

It looks like JPA, and hopefully other self-insured entities, will think twice before entering into stipulations against the weight of the evidence which could leave them with uninsured liability.

Tweet
Tags:
Employment Law Workman Compensation Excess Insurance
What Can Employers Learn from Uber’s Challenge of ...
What Must A California Landlord Disclose to Tenant...

Employers Beware – You Can Not Stop a Former Employee From Discussing Facts related to Harassment and Discrimination Based On Sex.