Revisiting California Law on Parking on Easements for Ingress and Egress 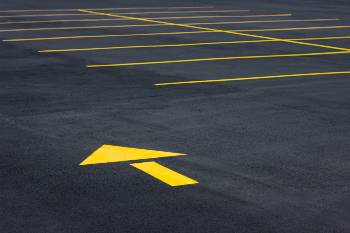 The Pear case involves a very high traffic area in Mountain View, California—namely the Target shopping center area off El Camino and near San Antonio. Of particular interest, the Pear opinion goes on at some length to parse out what uses are available to the Pear family, who hold the easement rights as the dominant tenement.

The Pear family owned three parcels totaling roughly 12 acres in Mountain View, bordered by Showers Drive to the west, California St. to the north and Ortega Avenue to the east. This is prime real estate in Silicon Valley and anchor tenant Target occupied a significant portion of the property, as well as Wheel Works. In 1949 San Francisco exercised its power of eminent domain for the purpose of candidate conveying additional water from its Hetch Hetchy water supply system. The Pear family conveyed the condemned portion of the property to San Francisco by deed in 1951.

The conveyance was subject to express reservations, reserving to the Pear family the right to plant, cultivate, irrigate, harvest, and retain crops (but not trees) over the land and the second reservation to the grantors was “the right to construct, maintain, use, repair, replace and renew, over and across but not along in the direction of the pipeline, fences, roads, streets…”

The Pear family used the property for pasture uses and then ultimate commercial leasing, and leased the parcel to Target and Wheelworks. A portion of the property is paved and striped for parking. After a failed negotiation with San Francisco, Pear filed a quiet title action.

Secondary Uses of the Easement

The Pears had reserved access rights for themselves. Typically ingress and egress suggests movement to and from (and over) the parcels but not parking. Parking by its very nature excludes the true owner. In this case, after the eminent domain negotiations, San Francisco was the fee title owner of the parcel. The Pear court looked to the 1934 holding in Keeler v. Haky where the subject property in dispute was 10 or 11 parking spaces striped for the apartment residences. Keeler stated:

The Pear opinion evaluated the tenants’ uses separately, the rationale for Wheel Works’ use being the most straightforward and permitted under the express terms of the easement.

The parties advocated various dictionary meanings of “over”and “across” and the court relied most heavily on the primary definition rather than the third ranked definition argued by the plaintiff.

While an easement right for roadway uses may provide for the incidental parking along the road, does it provide for permanent parking lots? The Pear opinion clearly held that a parking lot is not a permitted secondary use of the easement holding:

"…secondary easement which accompanies a principal easement is no more than the right to do such things as are necessary to the enjoyment of the principal easement (for instance, to make repairs, renewals and replacements)." (Howard, supra, 244 Cal.App.2d at p. 543; Dolnikov v. Ekizian (2013) 222 Cal.App.4th 419, 429 [concluding grading and a retaining wall qualified as secondary rights because they were necessary incidents to an easement for ingress and egress: "A secondary easement may be exercised `only when necessary and in such reasonable manner as not to increase the burden needlessly on the servient estate or to enlarge it by alteration in the mode of operation.'".) A parking lot is not necessary to the enjoyment of a road, nor does it represent merely the "occasional or temporary parking that normally accompanies the movement of vehicles in and out of, or over, a location." (See Keeler v. Haky (1958) 160 Cal.App.2d 471, 474, 476 (Keeler) [finding 20-by-140-foot easement for a private road "to pass and repass along, over and upon" did not authorize dominant tenement to use the easement "surfaced with concrete and marked off by painted white lines for parking stalls, as a permanent parking lot for 10 or 11 cars owned by tenants" of an adjoining apartment building].)”

The opinion went on to note that while some incidental parking may be allowed as ancillary to the “road” and “streets” right, the present use as a parking lot exceeded what was permitted under the express wording of the easement.

CONCLUSION: The Pear court declined to state the extent to which “incidental parking” is allowed as a secondary right to plaintiffs' express right to have roads and streets "over and across" the pipeline property. If “incidental parking” is a sliding scale, the level of use before it reaches a paved and striped parking lot remains a broad range of use to the dominant tenement. Is a dirt lot with no paving incidental? Is a paved road with no striping incidental use? It remains a heavily fact intensive analysis.