How Small Partnerships End in California 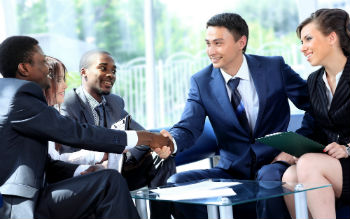 The California Corporations Code requires founders to follow specific procedures and file specific forms before the entity comes into existence. For example, articles of incorporation must be filed with the Secretary of State in order to create a corporation. In contrast, a general partnership can be formed without any document at all.

For example, Sallie and Juan open a bakery shop together in downtown San Jose. Sallie buys all the groceries, pays for them and hires the staff. Juan gets up early, bakes everything and stocks the display windows. Together Sallie and Juan help customers and man the cash register. At the end of each day, they split the proceeds after costs are paid. They are clearly doing business together in their San Jose bakery. Even without a written partnership agreement or the intent to form a partnership, they have.

However, one day Sallie tells Juan that she has to move out of state to care for an elderly relative. Sallie leaves San Jose for Reno the next day. Juan no longer has a partner.

Considering how easy it is to form partnership in California (even accidentally, since intent is not required either), it is important for a savvy business person to be informed about what will cause the partnership to end and what happens when it does end.

How Does A General Partnership End?

California Corporation Code Section 16801 lists six methods which it states are the only ways that a partnership may terminate. These methods are:

How does a partner dissolve a partnership?

Again the answer is straight-forward and comports with common-sense. California Corporation Code Section 16601 provides the methods by which a partner can “dissociate” or with withdraw from the partnership. The two most common ways for a partners to dissociate are: 1) the partner dies, or 2) the partner expresses to the rest of the partnership that he is leaving the partnership.

Normally when a partner leaves a partnership with multiple members remaining, the remaining partners can buy out the leaving partner’s interest. However, in a two-person partnership, when one partner leaves California Courts have held that the buyout provisions do not apply because the partnership no longer exists. Wheatley v. Fink, 2006 Cal. App. Unpub. LEXIS 9958 (2006) (Plaintiff was not entitled to equitable remedies as a dissociated partner because neither plaintiff nor defendant “could rightfully or wrongfully disassociate from the partnership because without each other there was no partnership.”) So as in our example above, when Sallie informed Juan she was leaving the state and then left the state, she clearly expressed that she was leaving the partnership. Juan without Sallie is not operating a general partnership as he is now a sole proprietor.

Now imagine that Sallie and Juan had a written agreement that said the partner had to give 60 days written notice, or that the agreement specified the value of the partnership interest and a buyout procedure. Perhaps that would have provided Juan sufficient time to bring in a new partner to buy out Sallie’s share.

Takeaway⇒ Small partnerships are require a written agreement as there are no laws in the Corporation Code to protect a business person abandoned by their partner. When you are drafting a partnership agreement, it is important to consider what will happen when that partnership ends, how the assets will be distributed and how the liabilities will be divided.

A partner is dissociated from a partnership upon the occurrence of any of the following events:

(1) The partnership’s having notice of the partner’s express will to withdraw as a partner or on a later date specified by the partner.

(2) An event agreed to in the partnership agreement as causing the partner’s dissociation.

(3) The partner’s expulsion pursuant to the partnership agreement.

(4) The partner’s expulsion by the unanimous vote of the other partners if any of the following apply:

(A) It is unlawful to carry on the partnership business with that partner.

(B) There has been a transfer of all or substantially all of that partner’s transferable interest in the partnership, other than a transfer for security purposes, or a court order charging the partner’s interest, that has not been foreclosed.

(C) Within 90 days after the partnership notifies a corporate partner that it will be expelled because it has filed a certificate of dissolution or the equivalent, its charter has been revoked, or its right to conduct business has been suspended by the jurisdiction of its incorporation, there is no revocation of the certificate of dissolution or no reinstatement of its charter or its right to conduct business.

(D) A partnership, limited partnership, or limited liability company that is a partner has been dissolved and its business is being wound up.

(5) On application by the partnership or another partner, the partner’s expulsion by judicial determination because of any of the following:

(A) The partner engaged in wrongful conduct that adversely and materially affected the partnership business.

(6) The partner’s act or failure to act in any of the following instances:

(A) By becoming a debtor in bankruptcy.

(B) By executing an assignment for the benefit of creditors.

(C) By seeking, consenting to, or acquiescing in the appointment of a trustee, receiver, or liquidator of that partner or of all or substantially all of that partner’s property.

(7) In the case of a partner who is an individual, by any of the following:

(A) The partner’s death.

(B) The appointment of a guardian or general conservator for the partner.