FAQ - Can I Use the "Act of God" clause to excuse contract performance due to COVID-19? 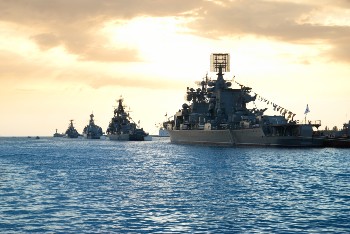 We are getting a lot of questions about contract enforcement during this state of emergency. Many people need to be excused from contract performance for reasons entirely out of their control. That means we are throwing around terms like "force majeure" to address whether performance is excused due to COVID-19's' effects such as the State of Emergency and California's Executive Orders, and the various counties' shelter-in-place orders.

Some of the case law dates to World War II.

What is considered an "act of God" ?

An “act of God” and refers to natural causes whose effects cannot be prevented by the exercise of prudence, diligence, and care and the use of those appliances which one’s situation renders it reasonable to employ. Ryan v. Rogers, 96 Cal. 349, 353 (1892). “Acts of God” exclude human agency, “and if it appears that a given loss has happened in any way through the intervention of man, it cannot be held to have been the act of God.” London Guarantee & Acci. Co. v. Indus. Acci. Com., 202 Cal. 239, 246 (1927)

"Force majeure" is not necessarily limited to the equivalent of an act of God; the test is whether, under the particular circumstances, “there was such an insuperable interference occurring without the party's intervention as could not have been prevented by the exercise of prudence, diligence and care.” Pac. Vegetable Oil Corp. v. C. S. T., Ltd., 29 Cal. 2d 228, 238 (1946). In order for performance to be excused, a party must affirmatively show that “his failure to perform was proximately caused by a contingency within its terms; that, in spite of skill, diligence and good faith on his part, performance became impossible or unreasonably expensive." Oosten v. Hay Haulers Dairy Emps. & Helpers Union, 45 Cal. 2d 784, 789 (1955).

In Pac, the seller failed to timely deliver goods from Fiji to the buyer in San Diego under contracts entered into prior to the United States entering into the second world war. Id. at 229-30. The parties went to arbitration where the arbitrator found, and the Supreme Court affirmed, that the seller’s shipment was delayed by war conditions beyond his control which met the conditions of “force majeure” Id at 238. The Court therefore, canceled the contract. Id.