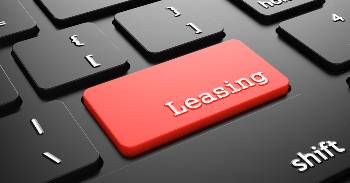 Businesses are closed due to government mandate. In the San Francisco Bay area, other than in San Mateo county until it ended up on California’s county watch list, businesses like movie theaters, gyms, and salons have not been able to operate at all. What business can sustain four months to a year of no income?

Other than salary, the next largest operating expense for businesses is often rent.

These are the evaluations that businesses and landlords are making moving forward:

Termination of a Commercial Lease

Ultimately, COVID-19 has caused many businesses to file for bankruptcy or shutter their doors. In a bankruptcy, the commercial tenant can simply reject the lease in a Chapter 11 reorganization or discharge its obligations under the lease in a Chapter 7. In some restaurant leases there may be a gross sales exit provision that allows either party to terminate the lease for failure to meet the minimum gross sales amount.

Short of bankruptcy, there can be a voluntary turnover of possession and mutual termination of the Lease between the lessor and lessee.

A Commercial Landlord Has a Duty to Mitigate.

Cal. Civ. Code § 1951.2 addresses a lessor's rights and remedies regarding a tenant terminating a lease prematurely. Section 1951.2 creates a duty to mitigate by limiting the amount of damages a Lessor may recover to the extent unpaid rent exceeds “the amount of such rental loss that the lessee proves could have been reasonably avoided.”

This duty to mitigate has been applied to commercial landlords and leases. In Lu, the lessor sued lessees for unpaid rent and other damages as a result of the breach of a commercial lease after lessees abandoned the property. Lu v. Grewal, 130 Cal. App. 4th 841, 845 (2005). The parties did not dispute that the lessor had a duty to mitigate, the dispute was how the damages were to be calculated. Id. at 627. The court noted that:

In determining the amount recoverable under paragraphs (2) and (3) of subdivision (a) [of Cal. Civ. Code § 1951.2], the lessee is entitled to have offset against the unpaid rent not merely all sums the lessor has received or will receive by virtue of a reletting of the property which has actually been accomplished but also all sums that the lessee can prove the lessor could have obtained or could obtain by acting reasonably in reletting the property. The duty to mitigate the damages will often require that the property be relet at a rent that is more or less than the rent provided in the original lease. The test in each case is whether the lessor acted reasonably and in good faith in reletting the property. Id. at 849–50

The duty to mitigate reminds the landlord that it is a business and as such, should be making business decisions using business judgment. Often the future rent issue begs the question if the landlord should be seeking out a replacement tenant at a lower rent. If the landlord fails to do so, or fails to consent assignment or sublease, they are not mitigating their damages. This would likely be viewed as patently unreasonable to a jury.