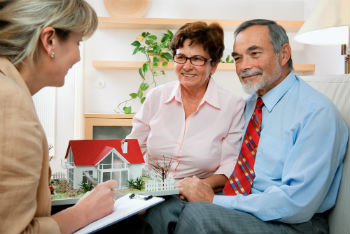 California real estate brokers are required to have a written contract with their clients to list a property for sale. A real estate commission is usually a percentage of the transaction, and with multi-million dollar San Francisco Bay area real estate values, the commission is often five or six figures.

In the case of Jacobs v. Locatelli, et al., real estate agent Bernice Jacobs sold a vacant lot in Marin that had 5 owners. However, only one owner signed the listing agreement. Strangely, that owner added “et al” to his signature. Ms. Jacobs found a buyer and sold the house for $2.2M. However, the sellers withheld the commission from the agent, claiming they did not all sign the listing agreement. Ms. Jacobs sued the owners in Santa Clara County Superior court seeking her $200k commission, but lost. The appellate court reversed.

What happened: Only John Locatelli signed the listing agreement. Jacobs alleged Locatelli told her when he was authorized to act on behalf of the other owners. His signature line read, “John B. Locatelli, Trustee of the John B. Locatelli Trust, et al.”

Jacobs also claimed two other owners acknowledged her retention, as well as indicating they were impressed by her performance and made inquiry about other real estate transactions.

Jacob sued the owners alleging breach of contract, breach of the implied covenant of good faith and fair dealing, anticipatory breach, and specific performance. The owners prevailed on the theories of a contract for real estate must be in writing (Statute of Frauds) and if Locatelli was authorized to sign for the other owners, that authorization must also be in writing pursuant to the equal dignities rule. Jacobs claimed the owners were joint venturers which meant that Locatelli’s signature on behalf of the joint venture was sufficient to bind all the owners to her listing agreement.

The owners won on their demurrer.

Jacobs took it up on appeal.

The appellate court reversed, finding that the agent had sufficiently alleged in the complaint that Locatelli had a written authority to sign on behalf of the other owners.

Additionally, the court cited Sterling v. Taylor (2007) 40 Cal. 4th 757 which holds that when there is an ambiguity in the written agreement, extrinsic evidence (parol evidence) is admissible to resolve uncertainty. The appellate court noted that plaintiff’s case should have survived the demurrer and that the broker should be permitted to introduce extrinsic evidence regarding the circumstances of Locatelli signature on the listing contract. [Jacobs v. Locatelli (2017) 8 Cal. App. 5th 317.]

TAKEAWAYèCalifornia real estate brokers are held to a high standard. The licensee should know to have a fully ratified listing agreement. In this era of cell phones and Docusign, it is good practice to have every owner execute the contract. As to the commission itself, while California caselaw does make it clear that one co-owner cannot bind the other co-owners to the contract, that still leaves the one signatory on the hook for the commission. Further, it is worth noting that the California Association of Realtors (C.A.R.) form Residential Listing Agreement has an attorney fees provision.

What Is The Broker’s Duty To Disclose Information Learned Regarding a Neighboring Property?