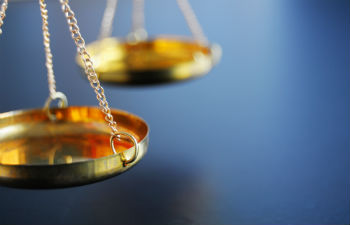 We are still seeing the effects of the subprime meltdown ripple through the appellate courts. In the case of Taniguchi v. Restoration Homes, what appears on first blush to be a straight forward analysis that under California law borrowers can stop a foreclosure sale by reinstating the loan had a twist.

The Taniguchis own a home in San Mateo County and in 2006, they borrowed $510k. They missed 4 loan payments in 2013, and normally to cure the default with the lender, the borrowers would simply need to reinstate the 4 missed payments and late charges under the promissory note.  Here's the twist back in 2009, the Taniguchis entered into a loan modification that adjusted the principal amount, reduced the interest rate and monthly payments, and deferred until the maturity of the approximately $116k (including accrued and unpaid interest and principal, fees, and foreclosure expenses).

The Loan Modification agreement the Taniguchis signed in 2009 provided that if the borrowers failed to make their newly modified payments the old deferred amounts would be accelerated. Predictably, when the Taniguchis breached the terms of the 2009 Loan Mod, the lender took the position that to reinstate the loan, the Taniguchis would have to not only pay the 4 payments (modified) and late payment charges, but also all the other amounts previously deferred.

The Taniguchis filed suit, they sought and were granted a Temporary Restraining Order (TRO) enjoying Restoration Homes from continuing with the Trustee’s Sale. Charles Taniguchi filed for bankruptcy and delayed matters for another year.

Ultimately the lender brought a motion for summary adjudication and prevailed on the issue of whether the borrowers were obligated to pay all the earlier default amounts to cure the default after the loan modification. The trial court said yes, the appellate court reversed.

The appellate court noted that Section 2924c of the Civil Code was enacted during the Great Depression. Any time an opinion starts citing historical context for a law, it’s highly likely they will be applying the spirit of the law, which in this case was to protect equity in homes. “The right to make up payments in default and thus avoid calling the entire loan and sale under a trust deed is a good public policy at any time.” (Magnus v. Morrison (1949) 93 Cal. App. 2d 1, 3.) The right of reinstatement can not be waived.

The Taniguchis contended that the lender was essentially trying to get them to waive their right of reinstatement since the lender modified the reinstatement condition to be more than merely the 4 modified payment amounts and late charges. The appellate court found the Taniguchi’s argument persuasive and noted this was a case of first impression.

Author’s note: in advising lenders and loan servicers of the last two decades, I often point out that draconian provisions that disfavor the consumer will be tested later in litigation. In those cases, the weight of California caselaw related to the foreclosure statutes often favors the borrower. On balance, this makes sense because the lender drafts the documents and any ambiguities or illegalities in the documents will be read against the drafting party.