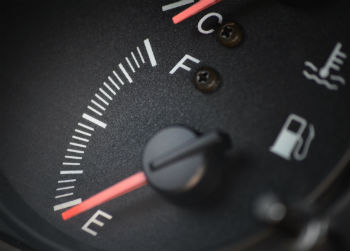 U.C.C Section 9-319(a) grants a consignee ownership rights in consigned goods. Does it also apply to proceeds from the sale of those goods? In the recent decision of In Re Pettit Oil Company, the Ninth Circuit said that it does, holding that proceeds from goods held by a consignee at the time of a bankruptcy filing are subject to the perfection and priority rules in the Bankruptcy Code.

Pettit Oil Company (“Pettit”), a petroleum distributor, entered into a consignment agreement with IPC, Inc. (“IPC”), a producer of petroleum products. When Pettit filed for bankruptcy it possessed fuel belonging to IPC as well as proceeds from fuel sold which had not yet been transferred to IPC. Unfortunately for IPC, it never perfected its security interest in the fuel or any of the proceeds.

IPC, now holding a subordinate interest in its own property, argued that U.C.C Section 9-319(a) only applies to goods, not their proceeds. Had the Court accepted this argument, proceeds in Pettit’s possession at the time of the bankruptcy filing would not be considered property of the estate, and thus would be outside of the Trustee’s control.

The Court dismissed this argument, holding that U.C.C. Section 9-319(a) also applies to the proceeds of goods held by a consignee. As a result, they were subject to the perfection and priority rules. In doing so, the court noted that “the perfection and priority rules serve to protect unwary creditors and prevent ‘secret liens’ in the goods that might otherwise dissuade such lending.” In short, the Court reasoned that a ruling that proceeds from goods held by a consignee were outside the scope of the priority and perfection rules would disrupt the long-standing policy against “secret liens.”

IPC failed to perfect its security interest and is now in the unfortunate position of standing subordinate to the trustee’s judicial lien. As the court so aptly put it, they now have no other choice but “to go to the back of the line.”

When a debtor declares bankruptcy, the trustee of the bankruptcy estate is granted a judicial lien over the debtor’s property pursuant to 11 U.S.C Section 544(a)(1). A creditor can gain priority over the trustee’s lien by perfecting its interest in accordance with the various rules present in the Bankruptcy Code. If a creditor’s interest hasn’t been perfected, they will stand subordinate to the trustee’s lien, and a trustee may avoid any attempted transfers of the asset in question.

In a consignment transaction, a seller (“consignor”) delivers goods to an intermediary (“consignee”) who initiates a sale to a third party. After the sale, the consignee takes a commission and then transfers the remaining proceeds back to the consignor.

U.C.C Section 9-319(a) has long been interpreted as granting ownership rights in consigned goods to the consignee. This means that if a consignee declares bankruptcy while holding goods belonging to the consignor, the consignor is put into the position of a creditor. As such, they must perfect their security interest or stand subordinate to the trustee’s judicial lien.

The Ninth Circuit now holds that U.C.C Section 9-319(a) also applies to proceeds from the sale of consigned goods. As a result, they are subject to the priority and perfection rules found in the Bankruptcy Code.

The Bankruptcy Code is very thorough in its measures to eliminate what it refers to as “secret liens.” These “secret liens” are simply liens that a creditor cannot see when choosing to lend, and if left unregulated would disrupt the willingness of lenders to lend money freely. Essentially, the Code encourages all creditors to announce their interest to the world. If a creditor fails to perfect their security interest, bankruptcy courts have shown they won’t have any sympathy when the creditor is stuck in a disadvantageous position. In Pettit, the Court flat out told them to go to the back of the line!

In Re Pettit is not the first example of a costly mistake due to a creditor failing to perfect its lien.

In the now defunct law firm of Heller Ehrman’s (formerly of Menlo Park, California) bankruptcy, its counsel, Greenberg Taurig failed to discover that Bank of America and Citibank had failed to perfect their security interest over debt totaling $56 million. As a result, the Banks would have had to disgorge the $50M+ paid by Heller Ehrmann. In compromise, the Banks disgorged $20M to the bankruptcy estate. Then Heller Ehrmann sued Greenberg Taurig for malpractice, ultimately settling for $4.9 million.

If you’re a creditor, the simplest way to make sure that you will get paid in full is to perfect your security interest. When you lend, make sure you have done everything you can to protect yourself in case your debtor declares bankruptcy.

Alexander is passionate about litigation, bankruptcy law, and client advocacy. He strives to provide an unwavering focus to all client matters.

Alexander earned his Juris Doctor from Santa Clara University School of Law, and was admitted to the California State Bar in 2018. He holds a Bachelor’s degree in Political Science from the University of Hawaii at Manoa.

University of Hawaii at Manoa

More posts from author
Tuesday, 25 February 2020 One Toke Over the Line