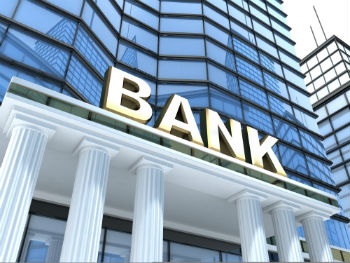 CASE UPDATE: Junior lienholders can sue borrowers for a deficiency even if the lender also held the senior lien (May 19, 2019)

By Julia M. Wei, Esq.
DEFICIENCY JUDGMENTS: Reversing 27 years of appellate caselaw, the California Supreme Court held that section 580d does not preclude a creditor holding two deeds of trust on the same property from recovering a deficiency judgment on the junior lien extinguished by a nonjudicial foreclosure sale on the senior.

Lenders often end up in situations where the lender must purchase the loan senior to theirs. This is quite common in private lending.

HYPOTHETICAL: For example, private lender 123MainFund holds a second position loan for $500k secured by commercial real estate located at 123 Main Street in Los Altos. Ahead of 123MainFund in priority is BigBank, who is owed $2M by the borrower. Let’s say the property is worth $1.9M. There is already a deficiency between the value of the collateral and the amount owed against it.

If the borrower stops servicing BigBank’s loan, the junior lender (123MainFund) will often buy out the BigBank loan to avoid a situation where the fees keep rising or the loan adjusts or accelerates or just avoid get wiped out by the foreclosure sale. In that circumstance, the lien priority would look like this:

Bigbank’s foreclosure sale is already in process, so the successor (123 MainFund) keeps going with the sale. When sale is cried, the successful bidder bids $1.75M and the Trustee’s Deed is recorded. Bigbank’s loan is satisfied and 123MainFund is still holding a $500k Promissory Note but 123MainFund is now a “sold out junior lienholder”.

Under the holding of Simon v. Superior Court (1992) wherein the lender attempting to sue for a deficiency was Bank of America (which I previously wrote about here in 2010), 123MainFund would have no ability to sue on the 2nd note of $500k because they would have lost that right. Here’s what that old case held:

The Simon Court shot Bank of America down and said:

“…we hold that, where a creditor makes two successive loans secured by separate deeds of trust on the same real property and forecloses under its senior deed of trust's power of sale, thereby eliminating the security for its junior deed of trust, section 580d of the Code of Civil Procedure bars recovery of any “deficiency” balance due on the obligation the junior deed of trust secured.”

The Court went on further to explain the rationale: “As the holder of both the first and second liens, Bank was fully able to protect its secured position. It was not required to protect its junior lien from its own foreclosure of the senior lien by the investment of additional funds. Its position of dual lienholder eliminated any possibility that Bank, after foreclosure and sale of the liened property under its first lien, might end up with no interest in the secured property, the principal rationale of the court's decision in Roseleaf. (59 Cal.2d at p. 41, 27 Cal.Rptr. 873, 378 P.2d 97.)”

That caused lenders to try to work around this exception to Section 580d by forming new single purpose entities to assign the loan into if they acquired multiple lienholder positions secured by a single piece of real property. Lenders who failed to get the mechanics right were penalized. In 2012, another case involving Bank of America came down holding that a single lender cannot avoid the application of section 580d under Simon by assigning the junior loan to a different entity after the trustee's sale on the senior lien. (Bank of America, N.A. v. Mitchell (2012) 204 Cal.App.4th 1199 [139 Cal.Rptr.3d 562] (Mitchell).)

The caselaw in California followed the Simon exception for twenty years. Then Cadlerock Joint Venture, LP v. Lobel came down in 2012 and the Fourth District heavily criticized the reasoning in Simon. In Cadlerock, the borrower (Lobel) had simultaneously executed 2 separate promissory notes and accompanying deeds of trust as part of what is known as a “piggyback” refinance loan. The originator sold the smaller loan in the secondary finance market, which led to the result of the two notes and deeds of trust being held by separate lenders.

The court in Cadlerock noted, “section 580d applies only to a lender seeking a "deficiency upon a note secured by a deed of trust... upon real property ... in any case in which the real property ... has been sold by the ... trustee under power of sale contained in the ... deed of trust." As interpreted by our Supreme Court in Roseleaf… "does not appear to extend to a junior lienor whose security has been sold out in a senior sale."

The Cadlerock court first determined that the lender was not precluded by sections 580d, 726 (the “one action rule” from suing the borrower for the amount due on the junior loan. Further the opinion stated, “We reject the proposition that the moment of loan origination is determinative for purposes of applying the one form of action rule or section 580d….Applying different rules of law to junior liens originated under these two scenarios would elevate form over substance by, in cases like the one here, treating two separate loans as a single loan based on the happenstance of the two loans having been originated by the same lender. Ironically, this result would be predicated on judicial attempts to prevent lenders from avoiding the substance of the antideficiency statutes by artificially dividing a single loan into the form of two loans.”

The California Supreme endorsed the reasoning of the Cadlerock, and overturned Simon and its progeny:
“Because no sale occurred under the deed of trust securing the junior note in this case, section 580d does not bar a deficiency judgment on the junior note. We disapprove Bank of America, N.A. v. Mitchell (2012) 204 Cal.App.4th 1199; Ostayan v. Serrano Reconveyance Co. (2000) 77 Cal.App.4th 1411; Evans v. California Trailer Court, Inc. (1994) 28 Cal.App.4th 540; and Simon v. Superior Court (1992) 4 Cal.App.4th 63, to the extent they are inconsistent with this opinion.”